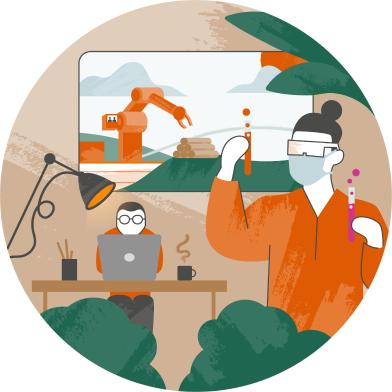 Sweden is a vast country. A nation which heavily depends on its export industry. One of its main challenges has always been overcoming long distances. But thanks to an efficient infrastructure, modern business environment, and a spirit of innovation Sweden is now booming.

We want to redesign the Swedish map and shorten the distances along the strategically important and expansive east coast north of Stockholm. We want to create a sustainable rail network which will help to connect the extensive east coast north of Stockholm to the rest of Europe. We want to make it easier for people to be able to choose where to live and where to work. We want visitors to be able to see more parts of Sweden. And by building this double-track rail way, people will be able to do so safely, reliably, and in an environmentally friendly manner.

The goal is to have the railway completed by 2030. But for this to happen, the requisite decisions must be made no later than spring 2018.

The bottleneck of the country

Expanding the 270 kilometer long single-track railway to a double-track railway would allow for an increase from a mere 70 trains a day to well over 200, integrating it fully with the already existing state-of-the-art Bothnia line to the north of Sweden.

It would provide a reliable and safe way of delivering goods to the rest of Europe, vital for the future growth of the European economy. And at the same time relieving the E4 highway of over 1500 carbon dioxide emitting trucks — every day!

In addition to the increase in transportation capacity, the expected travel times would be cut by half. With the double-track railway in place you would be able to travel from Stockholm to Sundsvall in just two hours, compared to four hours at present. This would help bring the already expanding cities along the East coast closer together, thereby expanding the area where people work and in turn change how they do business. 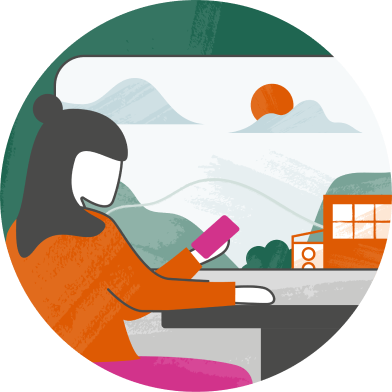 The tourism in Sweden is a growing export industry. More and more Europeans are interested in exploring Sweden’s unique landscape and our active and environmentally progressive lifestyle.

Since 2000, the total export revenue from tourism has increased by 194 percent, which is more than three times as much compared to the domestic tourism.

Among some of the growing attractions we have the Arctic Mountain landscape in the north of Sweden, clean, crystal clear lakes and charming cities like Härnösand and Hudiksvall.

The north of Sweden has the potential to attract even more European tourists. With a double-track railway between Gävle and Härnösand visitors can board a comfortable train at Stockholm Central Station or Arlanda Airport and within a few hours they could experience the breathtaking High Coast north of Sundsvall, the highest coastline in the world.

For Sweden to continue to grow and develop as a country trade and communication are essential. In addition a close connection with Europe is vital in order for innovation and inspiration when developing new ideas.

In return, Sweden has a lot to offer. A part from the natural resources such as iron and the high quality forest industry, Sweden is also a heaven for tech start ups. In 2017 Sweden topped the Forbes list of Best Countries for Business, partly thanks to the young, innovative music and gaming industry. It is a country that offers a great place for businesses and people to grow and develop.

One of Sweden’s biggest issues is the distance from north to south – 2000 kilometers. In order to continue to be a contributor in making Europe a modern, flourishing, sustainable and well connected society we rely on green, efficient transportation to bring us together.

By building a double-track railway on the East Coast Line we are definitely taking a step in the right direction. We think it is a win-win solution where we have the opportunity to give people and companies not just from Sweden, but also from the rest of Europe the possibility and flexibility to choose how to and where to live, work and do business. The objective of the project was to carry out rail studies for the construction of two triangular junctions on the TEN-T network in Sundsvall. The output was a railway plan for Bergsåker, a localisation study for Maland as well as a railway plan for the Tunadal track connecting the main line to the port of Sundsvall.

The objective was to carry out studies in order to get necessary permits for the construction of a double-track between Stångån and Dingersjö. The project consisted of the following components:

The objective of the project was to increase the capacity of the East Coast Line to accommodate existing and expected new traffic by building three new 750 meters meeting stations. They will be part of a future double-track on the East Coast Line.

This project is part of a larger global project intending to develop the port of Gävle further and increase its capacity. The port of Gävle, owned by the municipality of Gävle, has a mission to provide efficient infrastructure to terminal operators, freight owners and other transport and logistic actors. The existing non-electrified railway from the port of Gävle to the East Coast Line has become a bottleneck affecting not only the capacity in the port but also the entire national freight transport system. The necessity to change from electric to diesel locomotives when entering the freight yard causes delays in transport times.

(9) New East-Cost Line, a railway study for a 40 km long section of double-track between Gävle–Kringlan

The objective of the project is to study the expansion to the 12,5 km double-track between Sundsvall and Dingersjö, supplemented with meeting stations in Stockvik and Kvissleby. The project includes the development of project design documents, railway plans and Environmental Impact Assessment (EIA) for the expansion to double-track as well as the construction documents and tender documents for such construction works between Dingersjö and Sundsvall.

Q&A: The New East Coast Line, why is a railway in northern Sweden essential for Europe?